One cannot imagine Native Americans without some sort of rousing dance springing into mind. Whilst a lot of it was created through rather unflattering media stereotyping, the fact remains that there are a myriad of Native American dances accompanied by basic instruments, all denoting some different aspect, or telling a story. 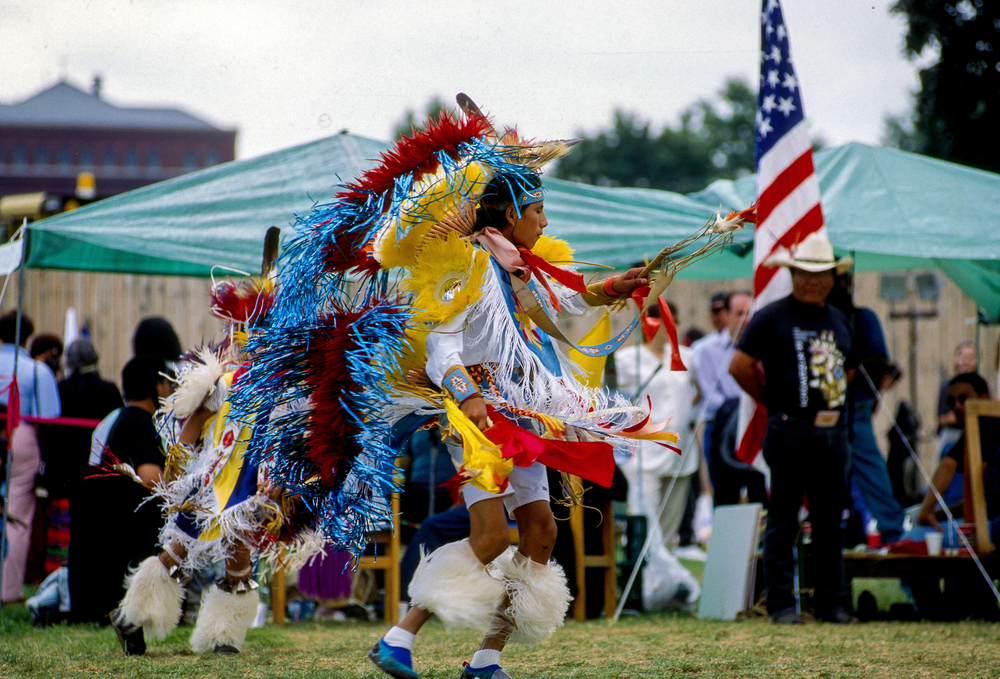 There are so many different dances that it is hard to know which to choose, so we will just outline a few of the more famous or important ones. For example, there is the Buffalo or Bison dance. Performed regularly at many of the Plains Indians’ festivals, it was done to coincide with the return of the herds to the grasslands. This was of particular importance as the return of the herds meant food for the people. The Buffalo dance was one of the first to be recorded back in 1894 and is, in fact, some of the first recordings ever made of Native Americans.The Rain Dance, or rainmaking ritual, is another popular and well-known tradition. Performed by tribes throughout the Americas, the aim was to invoke rain. The entire performance is done to emulate rain with feathers and headdresses covered in blue, the colour of water. The performance of this dance has simply been handed down verbally through the generations and remains relatively unchanged.The Native American Hoop dance is one of the few dances performed solo. The solo dancer will move holding and wearing at least a dozen hoops, using them to create a variety of shapes and movements. Other dances such as the deer dance or turkey dance both revolve around food. Still more dances such as the Great Race dance simply tells old tales and legends as a way to pass a story on.There are numerous Native American dances and no matter what their meaning, they are always accompanied by a strong percussive beat and tend to involve additional beats and rhythms created through the use of foot stamping. All dances and performances have a strong meaning behind them, all of which can be understood through the way the performers move. From religious to healing, storytelling to courting, these dances contain it all.