Sub-Saharan African music is often recognizable from its strong beats and intense rhythms. So strong are these rhythms that they have spread widely across the globe, particularly to the Americas. Notable examples are the samba and other Afro-Brazilian rhythms and music such as maracatu and coco. Other areas of music that have seen a strong influence from West Africa are reggae, soul and jazz. 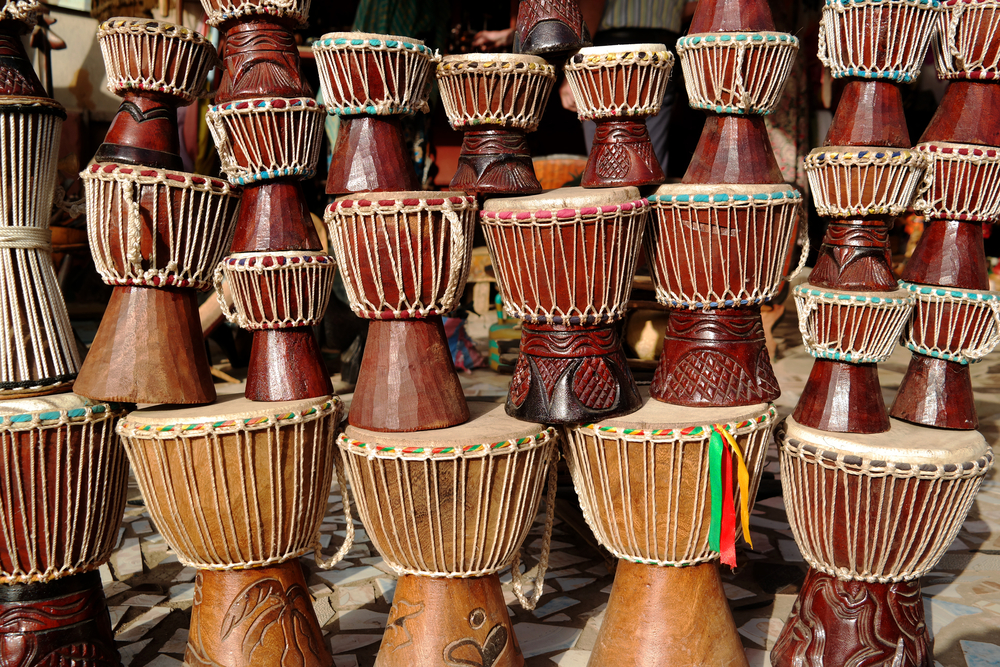 The drum has long been a popular instrument throughout the entire continent of Africa. Whilst there isn’t actually a word for rhythm in many African languages, the principle is an ingrained one. In fact, their belief is that rhythm is part of life and, as such, has an interdependent relationship with people. Beats represent complicated moments or emotions, and, as such, these compositions help to strengthen resolve. This is buried so deep in the culture that even the children grow up with games revolving around the creation of rhythms.Commonly found in West African music are cross-beats and fast-paced upbeat sounds. The drum is considered to beat as a sign of life, and is synonymous with a heartbeat in the culture. Most are simple affairs; perhaps a skin stretched over a frame, and created using a number of different items. It should be noted that different areas of Africa create different drums with varying sounds to them.The drum circles of West Africa are in fact rather complex, and contain a wide variety of key patterns that denote different expressions, and influence moves that the dancers will make.